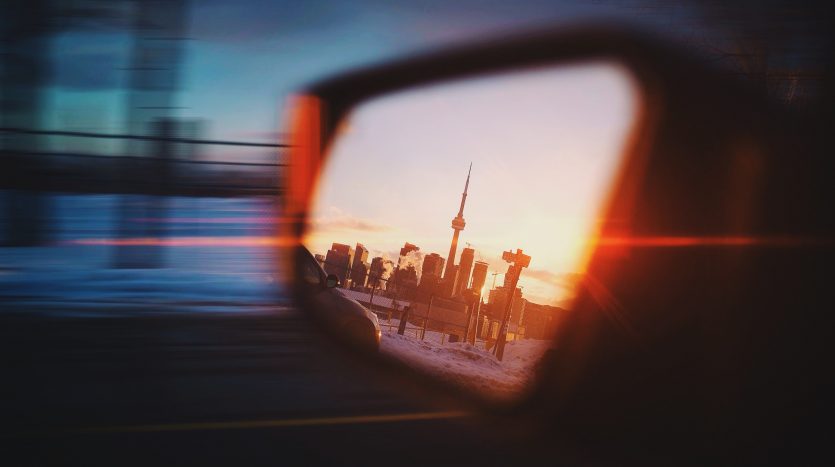 It’s no secret that Toronto’s condo market has been the segment most effected by the pandemic of COVID-19. In this article, I’ll share my opinion of the underlying reasons for why the market has softened seemingly to a slump, and how it will make a roaring come back.

Although analyzing the complexities of fiscal policies, economic forecasts, employment, equity and security markets has its merit and advantages, it can also be very confusing, boring and misleading depending on how the data is manipulated. Therefore, I’ll be offering my opinion based on what I see on the ground in the light of simply supply and demand economics.

Simply put, prices are down because supply has increased and demand has decreased. Depending on how you look at it, this has opened up a window of opportunity to own a piece of precious Toronto real estate at a discount without having to fight through a mob of competing buyers that become notoriously synonymous with the city’s real estate market.

Why demand has decreased

There are various circumstances that unfolded at the same time that put negative pressure on the demand:

Firstly, prevention measures to halt the spread of COVID-19 forced people to work from home and caused many attractions of downtown living — the dining, nightlife, shopping, entertainment and the like — to shutter. All of a sudden, the draw of living downtown in proximity to work and play lost its appeal, coupled with constraints of self-isolating in limited living space, causing demand to dwindle.

Secondly, immigration which Canada depends on for population growth was also impacted. Over 44,000 newcomers who were approved to be welcomed in Toronto unfortunately were not able to arrive. That’s 44,000 people who would’ve otherwise needed a place to live.

Thirdly, Canada ranks 3rd globally as a destination for international students, hosting over 650,000 students from abroad nationally. Roughly half of this student population is in Ontario, and half of them are in Toronto. Due classrooms being moved to online and the difficulty to travel, the majority of these students have not returned. Although the majority of these students end up renting condos as means for accommodation during their studies — which, in my opinion, is the main object battering the rental market causing many investor landlords to exit which I’ll discuss below — a significant and seemingly growing portion, specifically from well-off parents living abroad, do purchase real estate for their children.

Fourthly, as with all periods of economic uncertainty, risk-averse investors and end users alike who may not have the appetite or financial buoyancy to dive into troubled waters tend to take the wait and see approach.

Lastly worth mentioning is that many people simply did not want to leave their homes unnecessarily, and understandably so, conducting in-person showings became a safety concern. Additionally, many condo buildings’ property managers introduced restrictions on real estate agents’ ability to enter the buildings despite provincial and municipal governments considering it an essential service. The pandemic therefore brought its own set of sheer logistical difficulties that negatively the demand unique to condos.

Why supply has increased

The cause of why supply has increased is a two-fold answer:

On one hand, the amount of real estate inventory that is usually consumed by the market under normal circumstances has not been absorbed due the reasons listed above, giving the perception of increased supply. On the other hand, there has been an uptick both of property listings owned by investors who are looking to exit the market and owned by end users who are looking to capitalize on the historically low interest rates and upsize. From my observation, I have not yet seen an increase in bank power of sales (the Canadian equivalent of a foreclosure, yet with more reasonable and humane guidelines) or fire sales by people in negative equity situations.

As supply on the condo market grew and the corresponding demand shrunk, this has moved the supply and demand equilibrium from a fierce seller’s market we saw in the early Spring prior to the first lockdown in the second half of March. Currently, I would describe market conditions to be teetering on the edge of a balanced market, leaning towards a buyer’s market. However, condos continue to be bought and sold each day.

In my opinion the condo market will eventually make a roaring comeback. I’m a firm believer that these periods of correction contribute to the long term health of the industry and I believe the comeback will be fuelled by the following factors:

Historically low interest rates: one of the many reasons for the stability of Toronto’s real estate market is that it’s built upon what is considered the safest and soundest banking system in the world. Various economic factors are under constant monitoring by the Central Bank of Canada, which raises and lowers interest rate to promote economic growth and stability. Given the current circumstances, the central bank has slashed interest rates to historic lows thereby drastically reducing the cost of home financing and therefore ownership. It is widely believed that these interest rates are here to stay for the foreseeable future.

Consumer confidence: during the pandemic, a major concern would be the amount of job losses suffered and the resulting impact it would be on loan defaults. The government and central bank of Canada collaborated with Canada’s major financial institutions and offered a plethora of support, services and arrangements to help people who were financially impacted, such as allowing those with mortgages the ability to defer up to six months of mortgage payments and offering monthly financial support payments. An interesting stat I recently read is that Canadian job losses amounted to 23 billion in lost wages, but the government has paid over 56 billion in support. This in turn strengthened the already existing perception that Real Estate is a safe, rock-solid investment.

Toronto, considered the economic engine of Canada, is the nation’s largest real estate market and is, along with Vancouver, Canada’s second-largest market, often the subject and priority of fiscal policy. Recently, the Toronto Real Estate Board and Real Estate Council of Ontario has been flexing it’s political muscle and lobbying for all level’s of government to make Real Estate the driving industry to fuel economic growth post-pandemic. That said, it’s safe to assume that policies promoting the growth and stimulation of the market is surely coming.

Immigration: a point I touched on earlier of the demand for housing decreasing due to lack of immigration, Canada’s immigration policy is aiming to make up for lost time. With ambitious plans to grow Canada’s population with 1.2 million newcomers in the next 3 years: 401,000 in 2021, 411,000 in 2022 and 421,000 in 2023 consisting mostly of skilled workers and family sponsorship. Setting aside all the complex statistical and analytical information, that’s 1.2 million people that need a place to live at the end of the day.

Based on historical trends, the majority of these newcomers are placed in Canada’s less developed regions such as the Atlantic provinces in the east and Prairie provinces in central Canada, but most end up relocating to the Greater Toronto Area within 5 years seeking employment and entrepreneurial opportunities or attracted by the region’s diverse and multi-cultural setting. Based on the recent census, over half of Toronto’s residents were born outside of Canada.

Job market: Toronto is home to a strong and growing job market. Toronto is home to most of Canada’s largest companies (and therefore employers) and consistently leads North America in tech job creation, recently surpassing both New York and the Bay Area home to Silicon Valley, and has added more tech jobs last year than Bay Area (San Francisco/Silicon Valley), Washington DC, New York and Seattle combined. With a high standard of living, relatively affordable cost of housing in comparison to other global metropolitan areas, a highly educated labour force and the phenomena of “near shoring”, Toronto’s job market continues to growing at a stellar pace.

In conclusion, although Toronto’s condo market seems to be in a slump, I have many reasons to believe that the circumstances offset by the pandemic are only temporary and has opened a window of opportunity for acquisitions before the market eventually comes roaring back.